Document Notes: These excerpts from Personal Justice Denied deal with the critical issue of whether there was a military threat that led to the evacuation. The intelligence section deals primarily with annecdotal estimations. Missing is any detailed reference to the hundreds of reports from various agencies detailing the threat. Magic intercepts, which were the basis for a clear and detailed understanding of the threat were not even mentioned. The Addendum on Magic was a hastily assembled piece of sophistry. The idea, particularly after 9/11 that an enemy intercept describing large-scale epionage operations could be described as "puffery" is outrageous. These docs in this archive are provided so the student can draw his own conclusions as to the CWRIC performance. 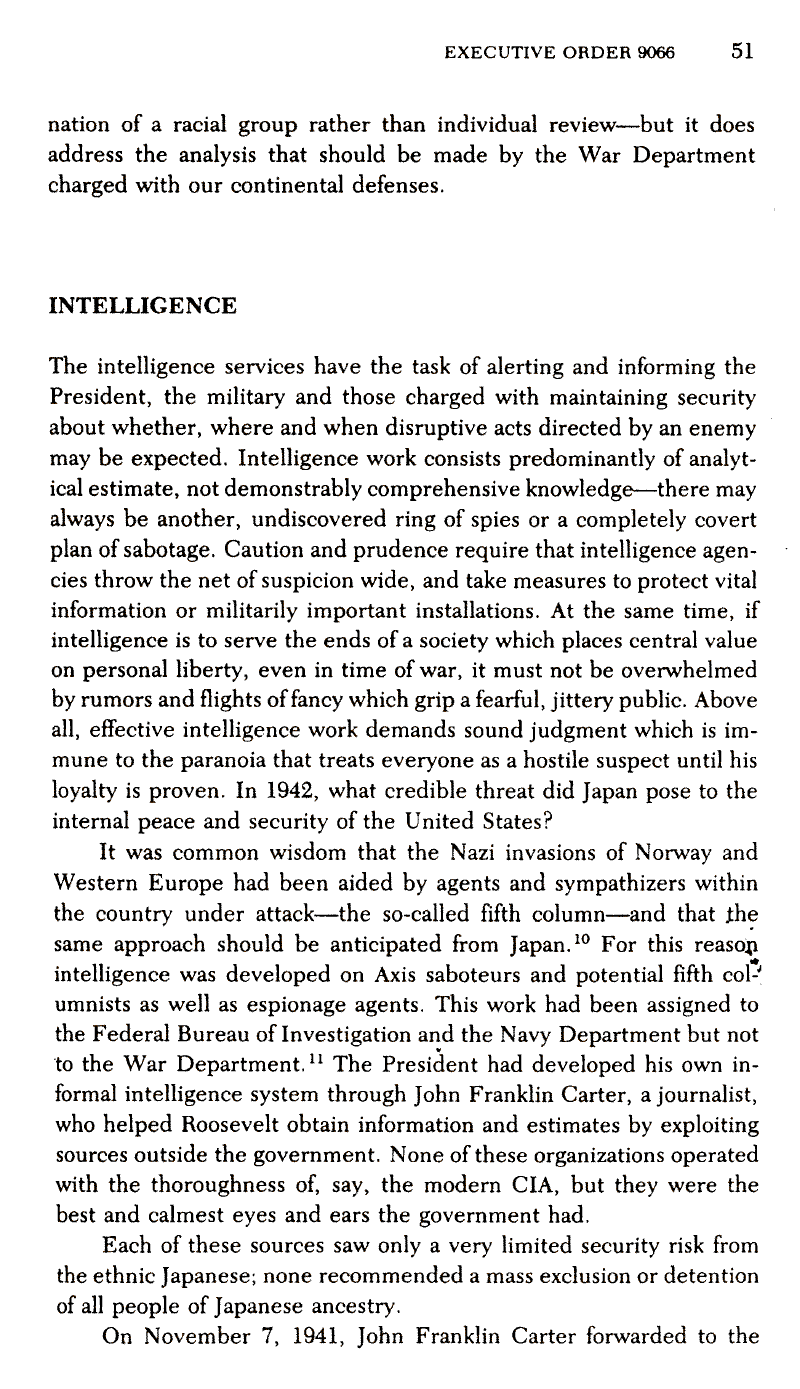