Document Notes: This is a court filing by Arthur D. Jacobs, Major, USAF (Ret) a U.S. born citizen of German parentage who, as a boy was interned along with his parents at Crystal City, Texas (among other places) and lived along side Japanese who were later given redress. Jacobs contention that awarding Japanese because of nationality and denying Germans was a violation of equal protection of the law under the constitution. Japanese Americans turned out by the dozen to oppose Jacobs during various stages of his case. Curiously a German American U.S. citizen was denied redress while enemy alien Japanese citizens received $20,000 and an apology. 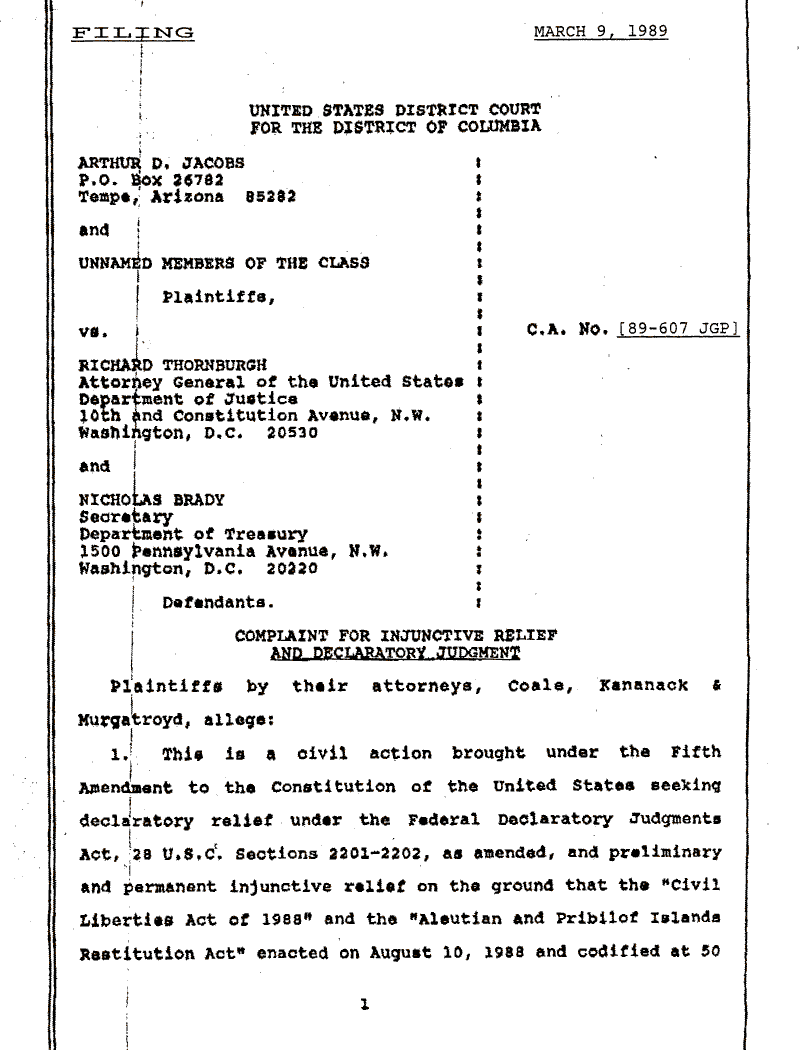