Document Notes: The exhibit was part of the 200th anniversary celebration of the Constitution. It was also a major part of the effort to marshall government support for the CWRIC version of evacuation. This critique was written at a time when the "scholars and curators" of the National Museum of American History were trying to get the newly appointed Secretary of the institution removed because he was raising money from successful business people. The Japanese exhibit was in large part sponsored by a Class A war criminal. Initially, the critique was ignored. Further action by Congressman Cannon to obtain a fair review resulted in the response (p. 49) from the Museum. The Smithsonian failed to address the substantive issue of Magic and other threats as being the basis for the evacuation, but they did admit to serious exaggerations and fabrications regarding the wartime accomplishments of Japanese Americans. Recent reports indicate the exhibit has closed. 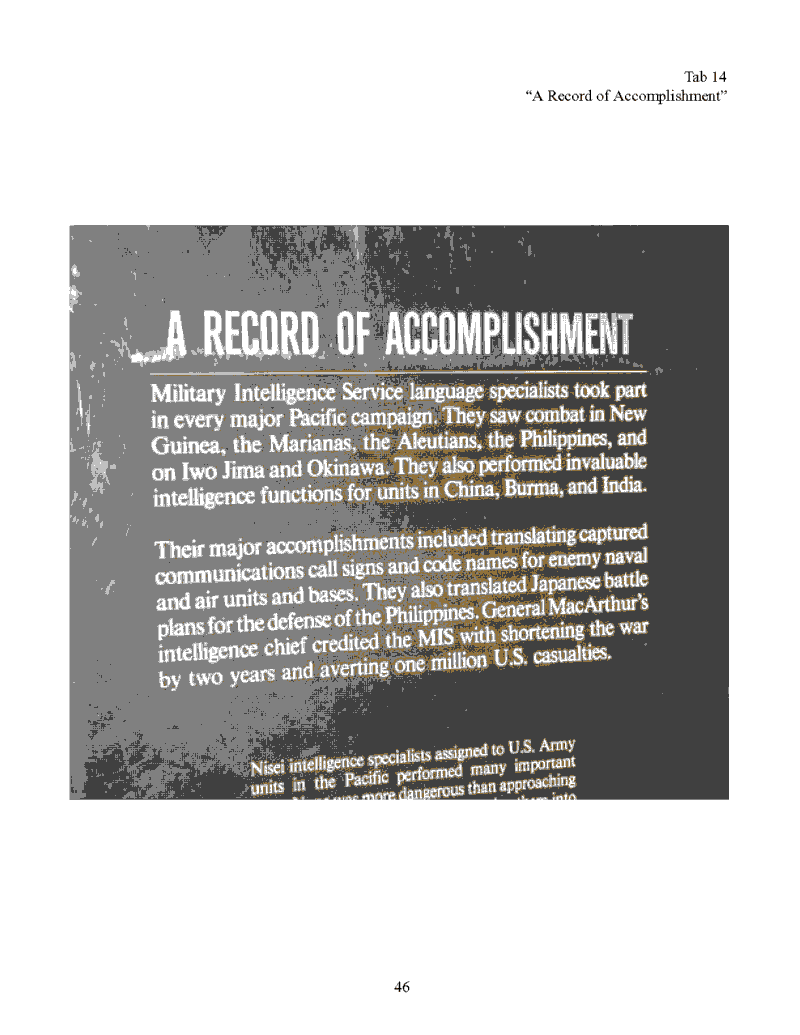