Document Notes: The official U.S. Army history of the Japanese evacuation. Published 13 years before the declassification of MAGIC, it still contains interesting information related to the operation. For example, it is clear from this account that Lt. Gen. John DeWitt, the titular fall guy for Japanese American revisionists, opposed the evacuation of citizens up to his recommendations to the the Army General Staff on Feb 16, 1942. Further, the Army Staff opposed the DeWitt recommendation to evacuate citizens until told by Mark Clark that the decision had already been made. It is also clear that DeWitt's recommendation was written at the behest of John J. McCloy, Assistant Secretary of War, who had access to Magic and was involved in the decision making by FDR. 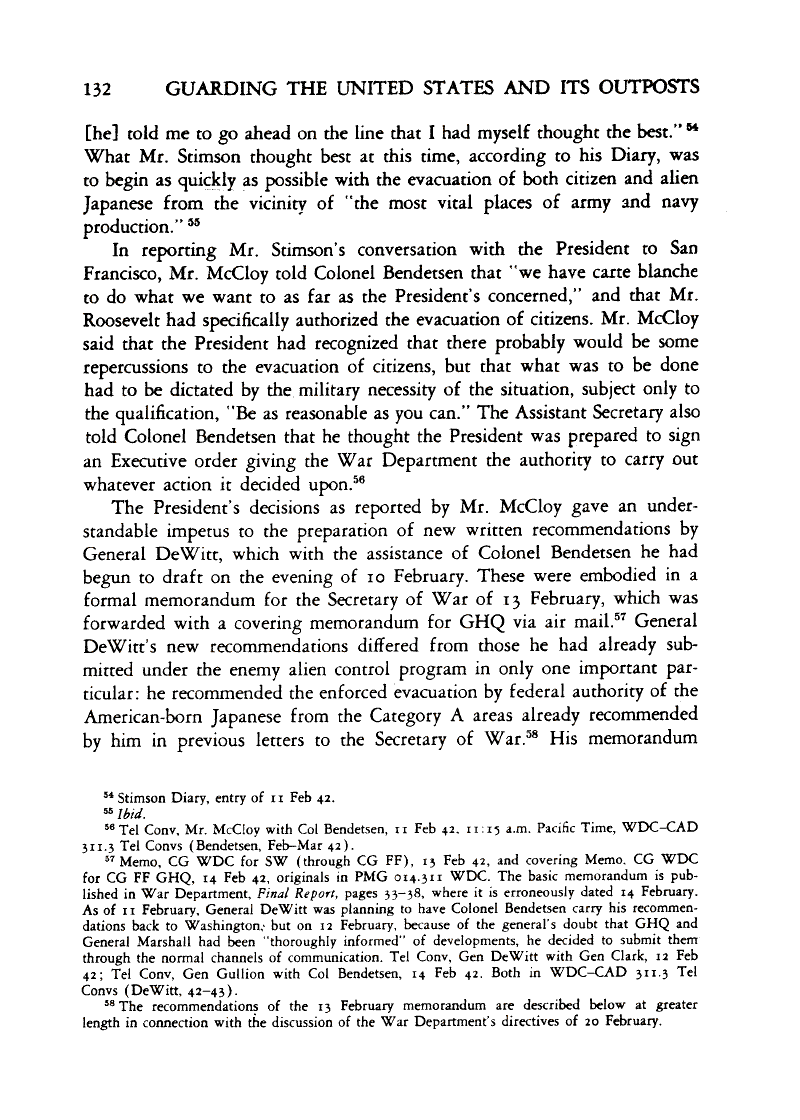