Document Notes: This memo which transmits a letter from the Sec. of War to the Sec. of State regarding the Geneva Convention and how it will be appliled to POW's, internees and others. Note the convention requires private interviews with prisoners. The Spanish government, early in the war, was involved in transmitting intelligence for the Japanese which was picked up by MAGIC intercepts from Madrid to Tokyo and stopped. The Japanese never in the least way conformed to the Geneva Convention while dealing with U.S. POW's. 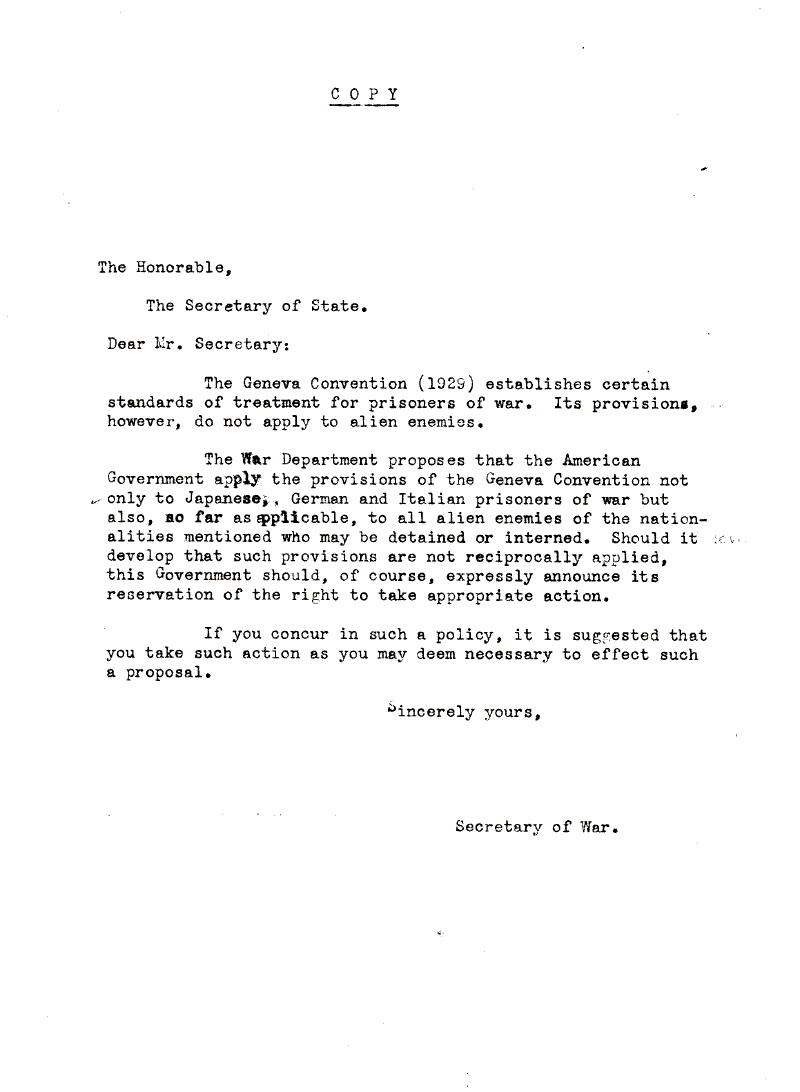